You are here: Home / Europe / Officials concerned Turkish-Kurdish violence may spill over into Germany 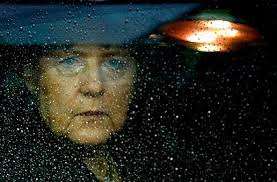 German Chancellor Angela Merkel will hold talks with Turkish officials this weekend to discuss terrorism concerns in the country, amid fears the recent violence in Turkey may spill over into Turkish and Kurdish communities in Germany.

Merkel will meet President Recep Tayyip Erdogan and Prime Minister Ahmet Davutoglu to discuss “the joint battle against terrorism, the situation in Syria and managing the refugee crisis,” following last weekend’s terror attack that killed nearly 100 pro-Kurdish and civil rights activists in Ankara.While Turkish government officials have blamed the attack on ISIL militants, some anti-government protesters accused Erdogan’s leadership of being responsible for the attacks, as well as criticizing the government’s reaction.

As speculation continues over who was responsible for the twin blasts, the violence has seemingly led to an increase in tension in the already strained relationship between many of Erdogan’s supporters and members of the country’s significant Kurdish minority.

his tension has led to fears that violence may erupt between Turkish and Kurdish activists across Europe, and in particular Germany, which has significant numbers of people from both communities.

Last week the Berlin office of the pro-Kurdish People’s Democratic Party (HDP) was targeted in an arson attack, while the Hamm office of the Union of European Turkish Democrats (UETD), who act as a lobby group for Erdogan’s Justice and Development Party (AKP), was also hit by a suspected arson attack.

Following the weekend’s deadly blasts in Ankara, Gökay Sofuoglu, the chairman of the Turkish Community in Germany, called on people not to add to any violence.

“I’ve observed that all the different sides on social media are calling for demonstrations that have not been authorized.”

“Different groups are developing on the Turkish and Kurdish sides,” Sofuoglu said.

Fatih Zingal, vice-chairman of UETD in Cologne, echoed the concerns, saying there was an “explosive atmosphere” between rival groups, with some people looking to “deliberately provoke” violence.

There are also fears that there may be an outbreak of violence at various polling stations, which have already opened in Turkish consulates ahead of the November 1 elections.

Meanwhile, Erkin Erdogan, representative for the pro-Kurdish HDP, said along with the arson attack on the group’s Berlin office, he had witnessed an increase in provocation between rival groups.

German Police to Crackdown on Any Violence

The potential outbreak of violence in Germany has given Chancellor Angela Merkel a more urgent reason to try and help calm the situation in Turkey, with the German Interior Ministry saying the issue was a “cause for concern.”

A ministry spokesman noted “that emotions are running high with regard to the current situation” and that “security agencies are aware of this.”

Despite fears that the violence in Turkey may spill over into Germany, others are far more optimistic, pointing out that several demonstrations were held over the weekend, resulting in no violence.