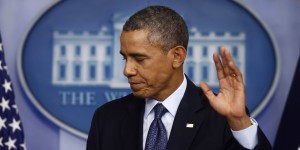 The United States has stopped recruiting new militants from inside Syria for military training outside the country as the troubled “train-and-equip” program is reevaluated.

The entire Pentagon program to train moderate Syrian rebels to fight Daesh is “under review,” though the US military is still recruiting for the program in other countries, according the US Defense Department.

“As we review the program, we have paused the actual movement of new recruits from Syria,” Pentagon Press Secretary Peter Cook said Tuesday.

“We also continue to provide support for current forces on the ground and to train the cohorts currently in the program,” he added.

Congress approved a $500 million program late last year to train and equip more than 5,000 “moderate” militants to fight in Syria.

The training program is run by US Special Forces in Turkey and Jordan, and is separate from a similar covert program by the CIA. However, US military officials have admitted that the program has failed.

The program’s first graduates were attacked earlier this year by al-Qaeda’s affiliate al-Nusra Front. Some were killed or captured, and the whereabouts of 18 militants in the first class are unknown.

Last week, the Pentagon admitted that the second group of about 70 trained militants had surrendered their weapons in exchange for safe passage through the Syrian border with Turkey.

The Pentagon initially said that it intended to train and arm about 5,400 militants a year as a proxy ground force against Daesh in Syria, a program that has yielded only a handful of militants so far.