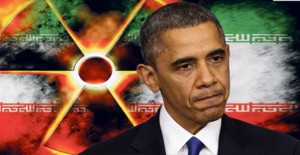 US President Barack Obama has defended the international nuclear agreement with Iran and warned the US Congress that blocking the pact could spark a war in the Middle East.

Obama’s speech at a Washington university came after Israeli Prime Minister Benjamin Netanyahu launched a campaign on Wednesday to mobilise Jewish Americans to urge the Republican-led Congress to thwart the historic agreement.

“It is a very good deal,” Obama said.

“Every nation in the world that has commented publicly with the exception of the Israeli government has expressed support,” Obama said.

“I recognise (Israeli) Prime Minister Netanyahu disagrees, disagrees strongly – I do not doubt his sincerity – but I believe he is wrong.”

Under the agreement reached between Iran and a group of six world powers known as the P5+1, the countries agreed to lift economic sanctions against Iran in return for curbs on its nuclear programme.

Obama warned that abandoning the July 14 pact could accelerate Tehran’s path to a bomb and America’s credibility around the world would be seriously damaged if it refused to abide by the terms of the deal in lifting sanctions against Iran.