You are here: Home / Mediterranean / Number of female Israeli combat soldiers on the rise 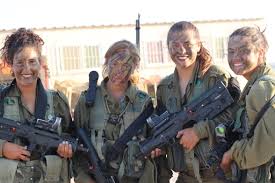 The number of female Israeli soldiers in combat units has almost doubled over the past four years, Al Mesryoon reported an Israeli TV channel saying yesterday.

The number of female combat soldiers has risen from three to seven per cent over the past few years and it is expected that the numbers will rise to eight per cent next year.

The majority of female soldiers serve in the infantry on the borders with Jordan and Egypt, Israel’s Channel 7 reported.

“Israeli female soldiers serve as combatants and fighters in the rescue brigades led by the internal front and the borders’ guards, as well as in other positions such as artillery and air and navy forces,” the channel reported.

It added that three brigades are a mixture of male and female combatants.