You are here: Home / Mediterranean / Number of Daesh militants down in Iraq and Syria, increasing in Libya 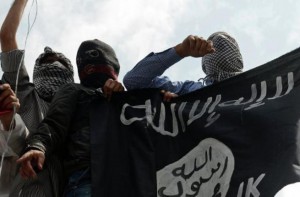 According to a US defense official, the number of Daesh militants in Syria and Iraq has fallen by the hundreds, but is on the rise in Libya, AFP reported Thursday.

These numbers have led to increased calls for the Obama administration to amplify actions by the US military against Daesh in Libya.

AFP stated that the official, who wished to remain anonymous, said because of the continuing US-led air campaigns and travel restrictions place on the area have resulted in the Daesh’s dropping numbers in Iraq and Syria.

AFP then quoted the official as saying that it was a “combination of battlefield deaths, desertions, internal disciplinary actions, recruiting shortfalls and difficulties that foreign fighters face traveling into Syria.”

The Mediterranean city of Cirte, birthplace of former Libyan president Moammar Gadhafi, is already control by Daesh in Libya, a country that has been ruled by chaos since 2011 when the former dictator was expelled.