You are here: Home / Senza categoria / Number of Australian jihadists in Syria and Iraq drops for first time 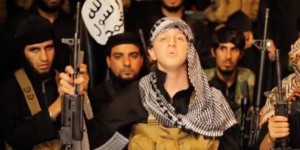 The number of Australians fighting in Syria and Iraq has fallen for the first time since the rise of the Islamic State terror group as the flow of these “foreign fighters” fails to keep pace with the numbers being killed.

Attorney-General George Brandis revealed on Friday that up-to-the-minute intelligence indicated about 110 Australians were fighting with extremist groups, mostly the so-called Islamic State. This is down from the recent official figure of 120.

While the reduction is small, it is highly significant because it is the first time the number has dropped since the Islamic State sent shockwaves around the world with its brutal tactics and became a magnet for would-be jihadists from the West.

Fourteen months ago, when ASIO raised the terror alert level in Australia to “high”, about 70 Australians were fighting in Syria and Iraq. The figure rose steadily to about 120 by the middle of this year before finally starting to drop off.

Senator Brandis said at least 41 have been killed, up from 15 in September last year.

These deaths are understood to account for the drop in the number of active fighters. But the decrease also indicates that tough government legislation and the cancellation of passports of suspected extremists are working.

Previously, the flow of new fighters had been exceeding or keeping pace with the rate at which they were being killed but this is no longer the case, suggesting the exit of such “foreign fighters” from Australia has begun to be choked.

Senator Brandis also pointedly said that the Coalition government’s determination to confront the threat of terrorism has not diminished “one iota” since Malcolm Turnbull seized the leadership from Tony Abbott.

In his first speech focussing on national security since the Turnbull government was sworn in seven weeks ago, Senator Brandis sought to dispel any suggestions that Mr Turnbull would not be as focused on terrorism as Mr Abbott.

“Ever since it was elected in 2013, the Coalition government has shown the political will to deal with the menace of those who incite fear and terrorism at home, or who travel or assist others to travel to fight as jihadi soldiers in Syria and northern Iraq and that political will has not changed one iota,” he told the Centre for Independent Studies in Sydney.

His remarks are notable because Mr Turnbull has conspicuously toned down the fierce rhetoric of his predecessor, who used phrases such as “death cult” almost daily and came under criticism for language that alienated the Muslim community.

Senator Brandis said he would introduce a fifth set of national security reforms to Parliament next week. These will lower the age at which bail-like conditions called control orders can be placed on people from 16 to 14 years and introduce a new crime of advocating genocide.

The new legislation will also let courts consider evidence that can be withheld from a terrorism suspect for security reasons when weighing whether to grant control order applications by police.