You are here: Home / Senza categoria / Nuclear summit meeting to begin in Washington with terrorism risks a central topic 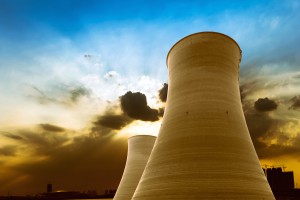 Fifty heads of state will convene in Washington beginning on Thursday to try to enhance worldwide security of nuclear materials, a meeting with new urgency given suspicions of terrorist groups’ interest in a nuclear plant in Belgium.

President Obama is hosting the two-day session and has plans to hold a separate meeting on Thursday with the leaders of Japan and South Korea, followed by an individual meeting with President Xi Jinping of China. All of the leaders attending will gather for a working dinner at the White House before events on Friday.

Administration officials said the need to protect nuclear materials from falling into the possession of the Islamic State and similar groups had already been part of the agenda for the meeting, the Nuclear Security Summit. But evidence that those involved in the Paris and Brussels attacks had engaged in surveillance of a Belgian power plant and the murder of a nuclear plant worker and the theft of his identity card has elevated the topic.

“It turns out that it is obviously very timely,” Laura Holgate, a specialist in weapons of mass destruction with the National Security Council, told reporters on Wednesday. She noted that the United States had been working with Belgium in recent years to reduce the amount of enriched uranium held at the nuclear plant in question.

“We stand ready to help the Belgians in any way should they require or wish to cooperate more deeply with us on these issues,” she said.

President Vladimir V. Putin of Russia is boycotting the session and the Iranian leadership was not invited.