You are here: Home / Europe / Nuclear: EU announces new round of talks with Iran 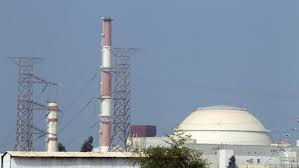 A new round of nuclear talks between Iran and six world powers will begin this week after a meeting starting on Wednesday in Vienna between Iranian negotiators and a senior EU official, the European Commission said on Tuesday, according to Reuters.

Iran and world powers are now working to a June 30 deadline for a comprehensive agreement after reaching a framework deal on April 2 in Lausanne, Switzerland.

Last Friday, however, a diplomat who spoke with a Russian news agency said the talks are “virtually stalled”.

Speaking after the latest round of discussions in Vienna, the diplomat said talks had made no significant progress and added, “The process has virtually stalled, there is a risk that the deadline will have to be postponed again.”

Russia later expressed concern over the “very worrying” slowdown in progress in the nuclear talks.

“The rate of progress… is progressively slowing down,” Russia’s chief negotiator, Sergei Ryabkov, said. “This is very worrying to us because there is very little time before the deadline and we urgently need to enter the final stage.”

Among the unresolved issues are the pace of easing Western sanctions imposed over the Iranian program and the monitoring and verification measures to ensure Iran could not pursue a clandestine nuclear weapons program.

Iran has categorically denied reports that it would allow inspectors into its sites as part of a final deal, describing them as mere rumors and as wrong interpretations of the understanding reached in early April.

Iran’s Deputy Chief of Staff recently reiterated that the Islamic Republic will not allow any inspection of its military sites, calling the demand to do so “excessive”.