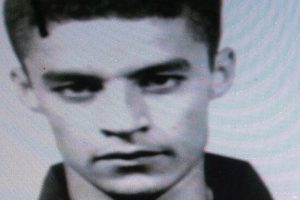 The Algerian Ministry of National Defence (DND) has confirmed the death of the head of the Algerian branch of Daesh, who was killed over the weekend in the region of Djebel Ouahch, east of Constantine, like reported by middleeastmonitor.com .

“In the fight against terrorism, thanks to the efficient use of intelligence and a tense ambush in the area of Jebel El-Ouahche in Constantine, a detachment of the National People’s Army eliminated two terrorists,” the DND confirmed yesterday.

Noureddine Laouira known as Abu Al-Hammam was a “dangerous wanted criminal” who rallied terrorist groups in 2008 and was responsible for orchestrating several crimes in the region. He was killed alongside his colleague during the operation in which several ammunition and weapons were also ceased.

Laouira was the head of the Algerian branch of Daesh called Katibat El Ghoraba which operates in the eastern region of the country. Abu Al-Hammam reportedly participated directly in the killing of a police officer last October in Constantine and organising a suicide mission at a police station in the same city.

This quality operation confirms the sustained efforts of the National People’s Army in the pursuit of the terrorist groups and their elimination across the country in order to clean up the holy land of Algeria and establish security and serenity among our fellow citizens.

A Daesh recruitment cell was also dismantled yesterday in the city of Oran. The mobile brigade of the Judicial Police (BMPJ) carried out a coordinated operation with the security services to arrest four people between the ages of 19 and 56, responsible for recruiting members to join Daesh through social network sites and preparing to go to Syria.