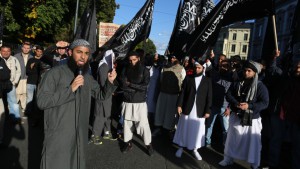 Norwegian prosecutors requested a 10-year sentence for a man charged with recruiting members for the Islamic State militant group in Syria, the first such case in the Scandinavian country.

Anne Karoline Bakken Staff, one of the prosecutors, told the Oslo District Court there were “no extenuating circumstances” and the sentence had to reflect that Islamic State was “one of the worst terrorist organizations of our time,” the NRK report said.

Oslo-born Hussain, 31, has denied the charges but admitted to owning a stun gun that police seized.

Hussain was formerly spokesman for a local radical Islamist group, The Prophet’s Ummah. He has previously been aquitted on charges of inciting terrorism. In 2014 he was sentenced to a three-month prison term for issuing threats.

Defence attorney John Christian Eiden told NRK the requested sentence was too harsh and that the crimes should at most render a six-year sentence. He also maintained that his client was innocent.

Also on trial was a 19-year-old Norwegian convert to Islam, whom Hussain was charged with recruiting and helping to travel.

The prosecutors said the younger defendant should be given a three-year sentence, NRK said.

He was arrested in June 2015 at an airport in neighbouring Sweden after Hussain drove him there. The 19-year-old has said he was heading to Syria to help civilians and has denied any links to Islamic State.The trial is scheduled to end on Friday.