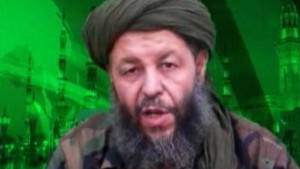 A leading figure of the North African affiliate of al-Qaeda has been killed in an ambush by Algerian soldiers, one of 109 terrorists killed by Algerian security forces in 2015, the country’s Defense Ministry said Sunday.

Al-Qaeda in the Islamic Maghreb, or AQIM, said that Abu al-Hassan Rachid al-Bulaydi, head of the Sharia Committee, was killed on Friday “as a result of an insidious ambush by the apostates,” according to a statement translated by the SITE Intelligence Group. The statement said he was killed in the Tizi Ouzou region east of Algiers.

The Algerian Defense Ministry said late Friday that two “dangerous terrorists” had been killed that afternoon near Azeffoun, in the northeast of the Tizi Ouzou region but didn’t fully identify them.

The ministry statement said the two had been members of terrorist groups since 1994, three years after the start of a bloody Islamist insurgency in Algeria.

AQIM grew out of the Salafist Group for Preaching and Combat and changed its name when it joined the al-Qaeda network in 2007 under the leadership of Abdelmalek Droukdel, who is believed to be holed up in the mountainous Tizi Ouzou region while overseeing a southern front in the Sahel.

The once-feared AQIM is now blamed for sporadic attacks in Algeria, often targeting soldiers in the Tizi Ouzou region.

The Defense Ministry said that in 2015 security forces eliminated 109 “terrorists” and arrested 36 others while seizing large quantities of arms and munitions, and close to 2 tons of explosives.

An estimated 200,000 people were killed in violence that began when Islamist extremists took up arms after the army canceled 1991 national elections that a fundamentalist group was poised to win. AQIM’s ranks were considerably thinned by an amnesty offer a decade ago for fighters without blood on their hands. It is unclear how many fighters remain.