You are here: Home / Mediterranean / North Africa turns the heat on terror 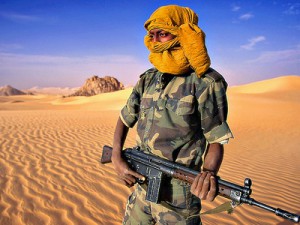 Over the past several months, an encouraging trend has begun to emerge in North Africa: the number of extremist recruits for Daesh (the self-proclaimed Islamic State of Iraq and the Levant), particularly from Morocco, has begun to diminish, owing largely to the implementation of rigorous security measures. But, if the threat is to be eliminated entirely, much more work needs to be done.

The recent downward trend follows an alarming spike in recruitment by Daesh from the region. In June 2014, a staggering 1,193 Moroccans were reportedly fighting in Syria and Iraq, according to the General Director of Studies and Documentation (DGED) Mohammad Yassine Al Mansouri. An April 2015 report by the United Nations Counter-Terrorism Committee revealed that Moroccans and Tunisians constituted the largest foreign contingent of extremists in Iraq and Syria.

A key component of Daesh’s appeal is economic. An extremist earns, on a average, $1,400 (Dh5,149) per month — a substantial sum for young men, often from poor families, who are unemployed or doing odd jobs at home for some $150 a month. Given that many Moroccan extremists have only a primary-level education, with only 10 per cent holding a university degree, opportunities for economic advancement at home seem limited. Of course, there are also personal factors, though religion seems to come second to visions of adventure and bravery in battle.

Whether to become a “hero” or to make money, 30 Moroccans, on an average, joined Daesh each month since the Syrian civil war began. But now the rate has slowed considerably. According to the Moroccan North Observatory of Human Rights, only 16 Moroccan extremists travelled to Syria and Iraq in the first six months of this year.

The decline can be attributed to several factors. For starters, the pool of potential extremists is limited, and Daesh has largely emptied it. Nor is it likely to be replenished, because Daesh has been exposed as a fraud. Not only is life in the extremist camps far less pleasant than portrayed, but it is also becoming clear that the self-proclaimed ‘caliphate’ – centred on mass killings, decapitations and other atrocities — has nothing to do with Islam. As is true in North Africa, local populations in Syria and Iraq loath foreign extremists, whom they view as mercenaries seeking power and wealth, rather than true defenders of Islam.

Moreover, the Moroccan state has made an extraordinary effort to prevent the departure of new recruits to Iraq and Syria, and to avert terrorist attacks at home. At the same time, would-be extremists have become aware of what would await them were they ever to return to Morocco: Imprisonment for up to 15 years, in addition to ruthless police interrogations and severe detention conditions.

But the decline in recruitment does not mean the time has come to ease anti-terror measures. Terrorists will often step back to gain time to replenish their arsenals, develop new tactics, and attract and train fresh fighters. And, indeed, as the United Nations report underscored, Daesh remains skilled at using social networks to attract and indoctrinate young people across the region. Moreover, there remains a serious risk of terrorist attacks at home, especially as attacks by “lone wolves” — like the killing of 38 tourists in Tunisia in June, or the attempted attack in August on a Paris-bound Thalys train — become more prevalent.

That is why Morocco has been engaged in a multifaceted strategy to stop terrorists before they carry out attacks. The strategy involves monitoring the religious field; reforming the penal code; fighting social exclusion through the National Initiative for Human Development, launched by the government in 2005; and implementing the enhanced security apparatus “Hadar”.

The strategy has so far proved effective. In a recent interview, Moroccan Interior Minister Mohammad Hassad revealed that police dismantled 27 extremist cells in 2013-2014, and eight more in the first five months of this year, leading to a total of more than 200 arrests.

But Morocco has not been working alone. Recognising that terrorism is an international problem, it is coordinating its counterterrorism efforts with its allies, particularly Spain and France. Recently, coordination with Spanish security forces enabled Morocco’s domestic intelligence agency to discover and dismantle a nine-member terrorist network, which was actively recruiting and sending young Moroccans to fight for Daesh.

Such efforts have earned Morocco international recognition. In May, for example, the country was chosen to co-chair the Global Counterterrorism Forum. To confront terrorism in North Africa and beyond, Morocco will have to continue to address the threat from all angles: Intelligence, law enforcement, and social policy. As evidence of Morocco’s success emerges, other countries should take note.