You are here: Home / Mediterranean / North Africa: the risks of hardened borders 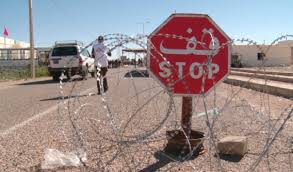 Over the past several years, North African countries have worked to heavily fortify their borders. A 200-kilometer (125-mile) trench, completed in February 2016, runs along the Tunisian–Libyan border. Twelve hundred kilometers (746 miles) to the west, two new walls mark the border between Morocco and Algeria. These barriers are symptom and symbol of a new securitized approach to borders in areas that have historically been culturally and economically linked, like reported by carnegieendowment.org.

Since the 2011 uprisings, governments in North Africa have begun to primarily view their borders as a security challenge. Conflict in Libya and northern Mali led to a boom in arms smuggling and drug trafficking across the region and opened space for militant groups to flourish and stage attacks on Tunisia and Algeria. Porous frontiers came to be seen as a cause and an indication of state weakness, as well as a source of instability and vulnerability in the region. Regional governments have responded by jettisoning old ways of border management in favor of Western approaches predicated upon militarization and aggressive responses to illicit crossings. Western donors have enthusiastically supported this drive to harden borders, pouring equipment, training, and aid support into the effort. However, rather than making the region safer, securitizing borders has raised the risk of instability along the region’s frontiers, where communities depend on smuggling and cheap smuggled goods.

Since independence, the region’s states have prioritized economic development and investment in their coastal centers, leaving vast interior regions and borderlands neglected and marginalized. While largely uninterested in fostering economic opportunities in borderlands, North African states have nonetheless sought to limit the risk of instability in those regions. To this end—and also to provide some additional income for politically connected elites—these states have tolerated alternative forms of income generation in the borderlands, particularly smuggling. Networks trading in contraband gasoline, foodstuffs, textiles, or electronics provided jobs, enabled social mobility, and lowered border communities’ cost of living. Buzzing cross-border economies developed and began to shape the region’s frontiers. Until recently, an estimated $119 million in fuel was smuggled from Libya into Tunisia per year, just one part of an informal economy that employed thousands in the borderlands. A similar dynamic prevailed on Algeria’s border with Morocco, where in 2013 an estimated 265 million liters (70 million gallons) of gasoline were smuggled across the frontier.

In the region’s borderlands, tolerating these activities also provided a cheap form of economic development. Although the region’s borderlands can appear uncontrolled and chaotic, with government officials either ignoring or actively involved in the activity, limited enforcement never meant states had relinquished control. In fact, large sections of the smuggling trade were conducted through border crossings under the watchful eye of security officials. Law enforcement officers and customs officials in Morocco, Algeria, and Tunisia mediated and monitored the trade—in exchange for payment—while local municipalities in Tunisia and Morocco taxed the markets where contraband goods were sold.

Smugglers and communities along the frontier also play an important role in the state’s border security architecture. Overstretched security forces relied on borderland residents to provide information on dangerous goods or unfamiliar people crossing the border. “The informal economy and the population who lived on this border were also the guardians of the border,” explained one Moroccan MP from a frontier region.* “Perhaps the border, even with all the fences and everything, is less controlled now than when the population was working there.”

Traditional approaches proved largely successful. While incidents of cross-border violence or protests in borderland communities did occur, they were relatively rare. The transformation of the region’s broader security landscape has changed the reality of borderland security as well. In Tunisia and Libya, the uprisings fractured the working relationship between security forces and border communities, and the flow of arms and people across their shared frontier in 2011 alarmed both domestic and international actors. Security forces and politicians in Algeria and Morocco worried that in the context of regional instability, their traditional light-touch management was insufficient. These fears were exacerbated as Al-Qaeda in the Islamic Maghreb (AQIM) and Islamic State affiliates staged high-visibility raids from across national borders, including attacking the In Amenas gas facility in Algeria in 2013 and the Tunisian city of Ben Guerdane in 2016.

Previously pragmatic strategies for engaging with smugglers were supplanted by more confrontational strategies. Algeria deployed at least 80,000 military personnel to buttress border security, an approach also employed in Tunisia, which established closed military zones along the border with Libya in 2013, and has since expanded these zones to encompass other border areas. Morocco, Algeria, and Tunisia have built hundreds of kilometers of walls. The United States and Germany helped fund the Tunisian wall and its surveillance equipment, donating $44.9 million since 2016.

These new systems of border management have put frontier communities under significant economic stress. Tunisia’s and Algeria’s walls have choked local small-scale smuggling networks, pushing local communities into poverty, protest, and crime. They have also given security forces new room to abuse power, as seen by the noticeable rise in the number of smugglers wounded and killed on the Tunisia–Libya border.* The Tunisian border town of Ben Guerdane saw large-scale protests and strikes in 2016 and 2017, and an ongoing sit-in has blocked the Ras Ajdir border crossing in protest against Libya’s anti-smuggling policies. Across the border in Algeria, one community member bemoaned that “people are growing impoverished, and it is only the drug traffickers who still make money.” *

Stability in the border region has also been impacted by the increasing use of violence by security forces against smugglers. On the Tunisia–Libya border, this has resulted in a rise in the number of smugglers wounded and killed and prompted sometimes-violent demonstrations. Similar incidents occurred on the Morocco–Algeria border, including in November 2017, when protests broke out in the Moroccan border town of Bni Drar after a smuggler was killed by a border guard.

The more aggressive border policies do little to counter terrorist challenges. Governments, in the Maghreb and internationally, frequently stress the links between smugglers and terrorists. This linkage has provided justification to crack down on smugglers who operated unmolested in previous generations. There are some connections between specific smugglers and terrorist organizations, motivated by the smugglers’ financial interests or extortion by terrorists. However, such connections are relatively rare. For most smugglers, association with terrorists raises their own risks of operation. Security forces that would normally turn a blind eye to contraband movement are far more likely to respond with force if there is any implication of a terrorist–smuggler nexus. “For a lot of people,” explained one Tunisian security official, “smuggling is a livelihood, and they wouldn’t risk that by getting involved with terrorists.” *

While border communities in the region are often religiously conservative and produce statistically high levels of foreign fighters, most residents find the religious beliefs of AQIM or the Islamic State fundamentally at odds with their own. The susceptibility of these regions’ young men to radicalization is more convincingly explained by the mix of economic marginalization, elites’ political contempt, and security services’ abuse of powers—all of which are aggravated, rather than restrained, by new forms of border management.

North Africa’s application of this simplistic model of Western border control risks a new crisis. The establishment of new forms of control, including restricted movement and the full taxation of previously smuggled goods, do not represent a re-establishment of state authority but rather the imposition of a completely new center-periphery relationship at the exclusive cost of the periphery. In the absence of alternative economic strategies, this risks the precise thing these controls were designed to prevent: the center’s loss of control over its borderlands.