The North Africa-based al-Qaeda affiliate AQIM has recently undertaken a variety of organizational reforms apparently aimed at centralizing the group’s decision-making and control. These reforms will likely help make it a significant threat in coming years, like reported by frontera.net. 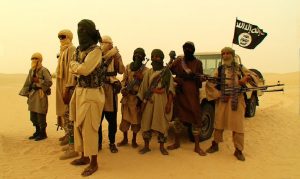 In March 2018, Mali-based al-Qaeda affiliate Jama’a Nusrat ul-Islam wa al-Muslimin (JNIM) claimed responsibility for an attack that killed 16 people in Ouagadougou, the capital of Burkina Faso. The attack showed that although the Islamic State has lost large swathes of territory, the threat of global jihadism more broadly is far from over. In particular, Al-Qaeda in the Islamic Maghreb (AQIM) – JNIM’s sister organization – is currently undergoing substantial changes and is likely to eventually re-emerge as the number one regional security threat from West Africa to Egypt.

History of al-Qaeda in the Maghreb

AQIM has its roots in the Algerian Civil War. In 1998, the increasing number of civilian casualties alienated many members of the GIA (Armed Islamic Group), which lead more moderate members to break away and form the GSPC (Salafist Group for Preaching and Combat), which pledged to only attack government targets. Algerian counter-terrorism measures subsequently drove both groups into disarray, however, parts of the GSPC remained intact. In 2004, Abdelmalek Droukdel became the group’s leader and on 11th September 2006, he pledged allegiance to bin Laden and rechristened the group as Al-Qaeda in the Islamic Maghreb.

The rebranded AQIM enjoyed a brief success in 2007 until the Algerian state responded with a renewed holistic counter-campaign that included tightened controls of mosques, wide-scale police operations, and amnesty initiatives for defectors. As a result, the group went through several fragmentations and changes, the most noteworthy of which was the the separation of Sahelian brigades who formed the Movement for Oneness and Jihad in West Africa (MUJWA) in 2011.

In December 2012, AQIM senior leader Mokhtar Belmokhtar departed from AQIM and to form the al-Mulathamun Battalion, who then cooperated with local Malian jihadi-group Ansar al-Dine and MUJWA to support the Tuareg uprising in Mali. After a string of victories in Northern Mali, the Islamist allies Ansar al-Dine and MUJWA drove out Tuareg separatists and committed an irreversible mistake. At the prompting of Ansar al-Dine, Islamists launched an attack against Southern Mali, which prompted a military coup in Bako and a subsequent call for military help from France. The subsequent French intervention quickly defeated MUJWA and forced the group to retreat to rural areas in northern Mali and Mauretania. In May 2013, MUJSA merged with Belmokhtar’s al-Mulathamun Battalion to form al-Murabitoun.

The centralization of AQIM

The ever-evolving nature of AQIM proves that it has rather operated as a syndicate organisation, uniting different autonomously working cells under one overarching brand. Its members cooperate on varying topics such as terrorism, recruitment, drug-smuggling or arms trafficking.

The creation of al-Murabitoun in May 2013 marked the beginning of the centralisation process of this syndicate, which was furthered in 2015 when AQIM linked up with its former offshoot al-Mourabitoun. That same al-Qaeda leader Ayman al-Zawahiri allegedly ordered a regional division among his commanders, thought both were to remain under an indivisible al-Qaeda lead. Droukdel was placed in charge of Algeria, al-Mourabitoun leader Mokhtar Belmokhtar of Libya, and Djame Okacha of West Africa. More recently, the centralization continued on 2nd March 2017, when al-Qaeda’s Sahel brigades merged with Ansar al-Dine and al-Mourabitoun to form JNIM, led by former Ansar al-Dine Emir Iyad Ag Ghali. Iyad Ag Ghali pledged allegiance to al-Zawahiri and completed the integration process.

AQIM has shown a remarkable adaptability throughout the past 20 years. While it has kept a low profile in Algeria and retreated to the mountainous Kabyle region, it has staged several attacks in Libya and tried to link up to Ansar al-Islam Egypt. In the uninhabitable desert regions AQIM cooperates with local tribes. Personal ties between a brigade’s commander and the central leadership help assure loyalty to the overall organisation.

The group reportedly raises funds through protection rackets, robbery, arms trafficking, money laundering and reportedly facilitating drug trafficking from South America into Europe – though it is worth remembering that previous reports of al-Qaeda’s involvement in drug smuggling have often been exaggerated. While it is undisputed that al-Qaeda benefits from the drug routes through the ungoverned Sahara territories, the corrupt Malian state is by far more engaged in the business than AQIM. Monikers such as “Mr. Marlboro” for Belmokhtar are likely attempts of the Malian government to downplay the al-Qaeda threat and label it as a gang of criminals.

That said, while the exact degree involvement of al-Qaeda in smuggling and trafficking is hard to measure, it is increasing and likely to become a more important source of income than kidnapping in the future.

While the group heavily relied on kidnapping for ransom as a source of income in the past, it has become an established local actor in Northern Mali, Niger and Libya that levies taxes and reaps great profits from smuggling networks. AQIM increasingly resembles a mafia-like entity with a growing influence on local communities, a steady cash flow and the ability to plan.

This development is likely linked to the ongoing centralisation process. Following the return of Mokhtader, a senior leader in the organization, AQIM leadership began to centralise the group’s command structures. This was largely in reaction to an influx of well-trained foreign fighters from the Levant, which represented a major opportunity for the group even while posing a potential danger to the group’s coherency. This assumption was confirmed when on 20th January 2018 Tunisian special forces killed Bilel Kobi, the right hand of current AQIM leader Abdelmalek Droukdel. It seems Kobi had been sent to reunite the splinter groups of AQIM in Tunisia and capitalise on the return of jihadists.

While a senior leader remained in Algeria to organise the group’s activities there, the Algerian police state with its experienced military is a far more difficult place in which to operate than post-revolutionary Tunisia with its open borders to Libya. In 2017, Tunisian police detained 1,456 suspects with links to al-Qaeda, confirming the re-emerging presence of AQIM in North Africa and in particular in Tunisia and Libya.

AQIM is unlikely to target Tunisia for attacks, and it is more likely that it will use it as a refuge from which to plan and operate. This means that the group is likely to strike more frequently in the Sahel as well as in Libya and even as far as Egypt. Increasingly centralised command structures and a steady cash flow will add to the group’s operational capacities and render it the biggest security threat in North and West Africa.