You are here: Home / Senza categoria / No Pay, No Jihad: salary cuts will cause desertion among Daesh fighters 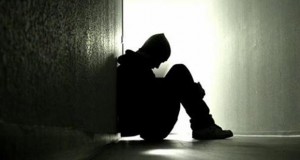 Last week, CNN said that Daesh was forced to cut its fighters’ salaries by as much as 50 percent, citing documents it obtained from Daesh-controlled territories.

Previously, it was reported that Daesh fighters made anywhere between $400 and $1,200 a month, received a $50 stipend for their wives and $25 for each child. But the good times are now over, as Daesh is facing an economic downturn due to airstrikes, losing territories in Syria and Iraq and a significant decrease in its illegal oil trade.

“Morale of fighters is decreasing. This trend has been noted by all intelligence services,” French political columnist Alexander del Valle said, as cited by Atlantico.

The decrease in salaries would lead to more desertions from Daesh, especially in Syria, where many of its fighters are mercenaries, del Valle argued.

However, the political expert warned that the demise of Daesh would not eliminate Islamic extremism in the Middle East, as other radical terrorist organizations, such as al-Qaeda, would fill the void left by Daesh.Another political analyst, former intelligence officer Alain Rodier, thinks that the pay cuts wouldn’t have a big effect on the decrease of Daesh’s army, as most militants join the terrorist organization for ideological reasons, rather than for monetary compensation.

Nonetheless, Rodier did acknowledge that over the past several months a number of foreign volunteers decreased.

Part of the reason for the decline in the foreign fighters’ recruitment is that the victorious aura that Daesh enjoyed in the past is fading. The spread of Daesh-inflicted atrocities and the realization that most of Daesh victims are fellow Muslims, effective anti-terrorist operations and reports that the jihadists execute deserters are decreasing recruitment into the ranks of the terrorist organization, Rodier argued.Although the demise of Daesh has begun, it’s still early to claim that the terrorist organization is finished. The jihadists still have enough resources and people to resist. Until both Raqqa and Mosul remain under the control of the terrorists, Daesh would fight back and even try to carry out counter-attacks. At the same time, one needs to remember Daesh’s cells in Afghanistan, Pakistan and Africa, Rodier said, according to Atlantico.
sputniknews.com