You are here: Home / Europe / No Obstacles To S-300 Supplies To Iran – Russian Foreign Ministry 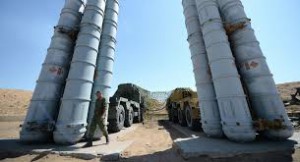 There are no obstacles to the supplies of the S-300 missile systems to Iran, Russian Deputy Foreign Minister Sergey Ryabkov said on Tuesday.

“Concerning the acceleration [of supplies of S-300 missile system to Iran – TASS], one should address those overseeing the issue directly,” Russia’s TASS news agency quoted him as saying.

“All problems with documents and other issues associated with this have been resolved, and the preparatory process is completed. So, I see no obstacles whatsoever, but as for the deadlines, they should be announced by those directly involved in this.”

When asked whether there were any news about the withdrawal of Iran’s claim for non-delivery of the missile systems in the past, Ryabkov noted that “the decision on S-300 was comprehensive, I no longer see problems there.”