You are here: Home / Europe / No deradicalisation schemes for Bosnian Islamic terror convicts 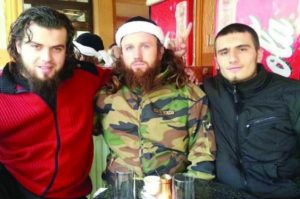 Prison inmates in Bosnia and Herzegovina who were convicted of fighting in terrorist organisations do not undergo a deradicalisation programme in prisons – and some experts warn that they can even manage to radicalise others while behind bars, like reported by balkaninsight.com .

The lack of financial resources is the reason why 12 people who have been convicted of abetting or fighting for foreign terrorist organisations in Syria and Iraq, and who are currently serving their sentences in Bosnia and Herzegovina, are not required to subject themselves to deradicalisation programmes.

Experts also argue that the number of psychologists and sociologists working in prisons is insufficient for attempts to prevent further radicalisation.

Psychologist Renata Krstanovic also said that prisoners are usually hopeless and therefore susceptible to radical ideas, and that psychologists are expected to act as “firefighters” in jails.