You are here: Home / MidEastGulf / No conflict resolution in Syria without land operation 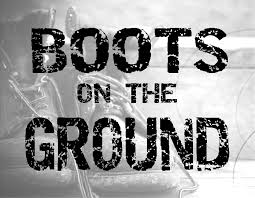 “Airstrikes will not lead to success against the Islamic State (IS); a land operation is needed,” said Alex Alexiev, expert in international security and chair of the Centre for Balkan and Black Sea Research, speaking for Radio FOCUS on Wednesday.
“In this respect, I am critical of the US policy as there would be no solution to the fight against terrorism in Syria, [against] the Islamic State (IS) if there are no ground troops. The Americans refuse to do that; I am not familiar with a single case in the history of wars in which air forces won a war on their own,” Alexiev remarked.
According to him, Russia’s interference in Syria has a political aim, not a military one.
Alex Alexiev believes Russia wants, on the one hand, to save Bashar al-Assad and, on the other hand, Russian President Putin wishes to divert attention away from the fact he is losing in Ukraine.
In the specialist’s view, Barack Obama is the weakest US president of the past 40 years as he is too timid.
Alexiev thinks in the meantime the USA is not launching a land operation in Syria as US people have grown weary of peace enforcement operations.
“Note that America has been fighting wars for 12 years now. First, it was with Afghanistan, then in Iraq. Considerable [financial] resources were spent on this; there were lots of victims, American victims. And there is indeed a feeling America does not desire anymore to attempt to be a “world police officer”,” Alex Alexiev stressed.