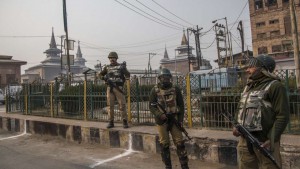 At least nine people were killed and seven others wounded in cross-border fire which hit a Pakistani bus in disputed Kashmir, officials said.

Indian troops hit a passenger coaster with small and big arms in the town of Lawat, killing nine passengers and injuring 11 others,” said Jamil Mir, superintendent of police in Neelum Valley.

The coaster was on its way to Muzaffarabad. Lawat is located some 90 kilometres northeast of Muzaffarabad in the upper belt of valley that straddles the restive Line of Control (LoC).

In a separate incident of Indian shelling in Nakyal, one person was killed and six others injured.