You are here: Home / West Asia / Nine Members of Daesh And Taliban Killed In Nangarhar 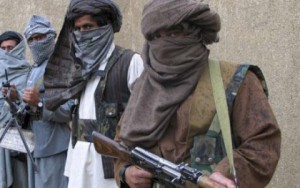 Nine members of Daesh and Taliban militants have been killed in air drone raid carried out by NATO in Acheen district, eastern Nangarhar province yesterday.
A border police commander in the east of the country said BNA reporter the fighters targeted by NATO drone attack, while they were involved in destructive and terrorist activities in the district.
He added, nine members of the two rival militant groups were killed in the assault.
It has been said, there were no casualties incurred to local people in the air raid.