You are here: Home / Africa / Niger’s democratic election and Islamic terrorism in Sahel 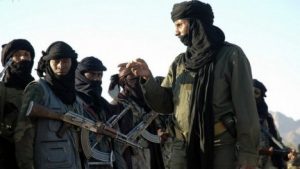 Last week, Niger held a presidential election that began its first democratic transition of power since 1960. This transition is thanks to incumbent President Mahamadou Issoufou respecting the constitutional term limit he has fulfilled, a regard increasingly forgone in many countries according to the International Crisis Group. In deciding to end his term, Issoufou further strengthens Niger’s democracy and opens the door for president-elect Bazoum to continue stabilizing Niger’s government and economy during his term, like reported by theowp.org.

This revitalization is welcome, as the crises of government instability and poverty fuel two of Africa’s deadliest terrorist insurgencies. One uprising is based at Niger’s western border where militants linked to al-Qaeda and the Islamic State regularly attack Nigerien civilians. The group recently assailed two villages near Mali, resulting in 100 deaths. The second insurgent group Niger faces is the Islamic State West Africa Province (ISWAP). ISWAP is a splinter group of Nigeria’s Boko Haram Islamist rebels and is based at Niger’s southeastern border with Nigeria. ISWAP has killed hundreds of civilians while displacing thousands of others.

As stated, this election could serve as a turning point for Niger. According to the International Crisis Group, militant groups expand because of unstable governance and economy. Issoufou has recently set up a foundation for resolving these two problems. In fact, according to the International Crisis Group, Niger achieved relative political stability during Issoufou’s presidential tenure.

Additionally, GDP grew during Issoufou’s time as president. Between 2011 and 2019, GDP has grown from $8.7 billion to $12.9 billion, and by 6.3% in 2019. The International Crisis Group claims that the GDP increased due to Issoufou’s investment in agriculture, a trade that represents about 40% of Niger’s GDP. The growth is also a result of more focused conflict prevention. In short, Niger is prepared for Bazoum to continue generating the political stability and economic growth Issoufou started. But Bazoum must be sure to extend progress to the communities that are most vulnerable to terrorist exploitation.

Vulnerable communities are often those at the border, with insignificant local government, little to no access to government services, and dwindling economies. The lack of government services and oversight, especially where poverty compounds the need for such infrastructure, provides a gap for militant groups to fill. ISWAP, for example, took control of vulnerable communities at Niger’s southeastern border by providing citizens with protection, economic and social mobility, and even some semblance of healthcare. ISWAP then taxed the community at rates the people found favourable when compared to Niger’s own taxes. In this example, ISWAP generated political and economic power from one of Niger’s own communities, which strengthened the organization’s ability to incite violence and take control over other regions.

It is imperative that this process end. Otherwise, militant groups will continue to have the means to expand their control and use of violence. To break the cycle, Niger must resolve the root of the problem instead of using force. Military campaigns cannot and will not resolve jihad expansion. The International Crisis Group reports that despite direct support from Chadian troops since 2015 and increased collaboration with Nigeria’s army, Nigerien forces have been unable to end rebel attacks. So, instead of inhumane and ineffective war efforts, Niger must resolve the fundamental tensions that stimulate terrorism’s growth. This means the government must pay special attention to reinvigorating local economies, public services, and government in vulnerable regions.

Bazoum must also continue Issoufou’s work to address corruption in the Nigerien government. A recent audit conducted at the request of Issoufou by the Inspection Générale des Armées showed that at least 76bn CFA francs ($149m) were embezzled between 2013 and 2016 for arms deals. These misappropriations fuel mistrust of the government and deteriorate political stability. It is essential that Bazoum’s ministry be transparent to foster trust in Niger’s political system.

Similarly, Mahamane Ousmane, the runner-up in the presidential election, must call for his supporters to remain peaceful. After the Commission Electorale Nationale et Indépendante (CENI) published poll numbers, stating that Mohamed Bazoum won against Ousmane with 2,501,459 votes, which is 55.75% of the total vote, Ousmane’s campaign alleged voter fraud.

The campaign asserted that ballot boxes were stolen and stuffed, and threats were made against voters. The recent statements echo the campaign’s assertions of fraud after the first round of the presidential election. The campaign has not produced any evidence of misconduct for either election round. Regardless of a lack of evidence, the campaign’s allegations sparked violence across Niger. AFP news reports that Ousmane’s supporters clashed with police at the capital, and residents in the southwestern town of Kollo reported similar fighting. Opposition supporters also pillaged at least one police station and various shops owned by people thought to be close to the government according to Aljazeera sources. Similarly, residents of a town south of Niamey say that the offices of a pro-government party were damaged by fire.

This violence and the underlying lack of trust in Niger’s election system must be resolved. If Ousmane has evidence of fraud, he must use legal procedures to settle disputes – not violence. Ousmane must call for his supporters to remain patient until his campaign can pursue appropriate legal action. It is his obligation to remind supporters that the results of the election will not be certified for several weeks, and attacks on pro-government actors will not aid in correcting any possible misconduct.

Bazoum has a long path ahead of him, but even if he does all he can to promote democracy and invigorate the economy, other countries must also do their part in order to reduce and prevent violence. The instability caused by conflict in six of the seven countries that surround Niger has opened the regions for exploitation by terrorist groups. It is crucial for these countries to begin their own process of political stabilization and economic revitalization. This process can be accelerated by the investment of world leaders.

This investment includes trade deals and economic partnerships that stimulate the economies of vulnerable countries. The investment must not be military intervention, like drone strikes or targeted killings. According to the International Crisis Group, targeted killings only serve to destabilize communities, and the replacements for targeted leaders are often more extreme than their predecessor.

In the end, resolving crises will do more to prevent terrorism than violently battling terrorism itself. Niger, as well as its neighbours, must deal with the root of militant expansion. This begins with Bazoum continuing Issoufou’s work, as well as uprooting government corruption. The responsibility to progress government stability extends to election runner-up Ousmane too.

Ousmane must call for his supporters to end their violence, and if he wishes to contest the election, he must do so through legal avenues. Otherwise, he risks disrupting Nigerien democracy. Niger’s neighbours must also begin their own process of establishing strong government and economic conditions. Finally, world powers, too, may advance the work of these countries through economic partnerships. Through this work, local communities, as well as nations, will be more secure from the threat of terrorism.