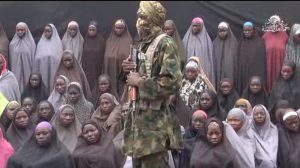 There has been a four-fold increase in the use of children as ‘human bombs’ by terrorist organisation Boko Haram, since last year, the United Nations Children’s Fund (UNICFEF) has reported, according to sbs.com.au.

Since January 2017, 83 children had been used as bombers by the group, which formed in 2002 in the West African country of Nigeria.

Of those childrend, 55 were girls, mostly under 15 years old and 27 were boys.

One was a baby strapped to a girl.

In a statement issued by UN secretary-general Stephane Dujarric on Tuesday, UNICEF said it was “extremely concerned about an appalling increase in the use of children, especially girls, as so-called ‘human bombs’ in northeast Nigeria”.

Boko Haram has been wreaking havoc across Nigeria with bombings, ambushes, suicide bombings and kidnappings in its effort to overthrow the Nigerian government and replace it with an Islamic state.

Since 2015, it has also been unleashing carnage in the neighbouring West African countries of Niger, Cameroon and Chad.

According to the 2016 Global Terrorism Index report, Boko Haram was the second deadliest terrorist group that year, killing 5,478 people.

IS was named the deadliest, killing 6,141 people.

What is Boko Haram?

Boko Haram is a terrorist organisation that follows an interpretation of Islam that rejects Western society and aims to topple the Nigerian government and establish an Islamic state under Sharia Law.

It also advocates Islamic states beyond the West African nation, and in 2015 it pledged its allegiance to IS.

There are no known links with Australia.

UNICEF says the insurgency has caused the displacement of 1.7 million people in the northeast, 85 per cent of them in the Borno State, where most attacks take place.

It says up to 475,000 children are expected to suffer from severe acute malnutrition this year.

How has Boko Haram evolved?

It was founded in 2002 under Mohammad Yusuf who opened an Islamic school that attracted many people living in poverty in Maiduguri, the capital of the north-eastern state of Borno, according to Stanford University.

By 2003 its activities had become violent.

Seven years later, after Yusuf was killed in a conflict between Boko Haram and Nigerian security forces, Boko Haram came under the leadership of Abubakar Shekau, Yusuf’s second in command.

In 2011, the group began attacking foreigners when it conducted a raid on a UN building in the capital of Nigeria, Abuja, and reports emerged it was establishing links with other terrorist organisations such as al-Qaeda.

Nigeria and the US listed it as a terrorist organisation in 2013 and the next year, the Australian government proscribed it as one.

Since 2014, Boko Haram has conducted over 11 major attacks that have killed hundreds of people across West Africa’s Lake Chad region, which encompasses Nigeria, Chad and Cameroon.

While the exact number of Boko Haram members is unclear, the Australian government estimates it’s in the tens of thousands.

The Australian government believes it reinforces its numbers through voluntary and forced recruitment, including of women and children.

The group funds itself through arms and human trafficking, extortion, bank robberies and looting, according to the Australian Government.

While it’s believed to have received funds and weapons from al-Qaeda in the past, it is unclear whether it currently receives funds from it and IS.