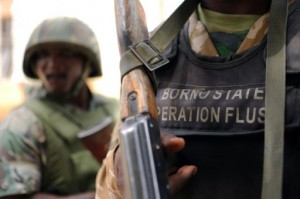 A total of 338 hostages held by militant group Boko Haram have been rescued by troops who raided enclaves of the rebels near the Sambisa Forest located in Nigeria’s northeastern state of Borno, the army said on Wednesday.

The hostages – 192 children, 138 women and eight men – were rescued on Tuesday by troops of 28 Task Force Brigade of the Nigerian Army who carried out a successful raid on suspected Boko Haram camps at Bulajilin and Manawashe villages at the fringes of Sambisa Forest, a statement signed by army spokesman, Col. Sani Kukasheka Usman, said.

Some 30 Boko Haram fighters were also killed in the raid, the army statement said, adding the troops recovered arms and ammunitions from the rebels.

The freed hostages have been evacuated to Mubi, a town in the neighboring northeastern state of Adamawa.

Nigerian President Muhammadu Buhari has ordered military chiefs to end the insurgency of Boko Haram in the most populous African country by December. But local people are doubting the certainty of the deadline given to rout out the ruthless group as more suicide attacks had taken place in parts of Nigeria since the order was given in August.

This location is very important and strategic, he said, noting the new task force has great impact toward defeating the Boko Haram group.