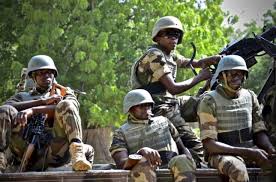 The Nigerian Army on Tuesday issued a final warning to Boko Haram terrorists operating in the northeast part of the country.

“We wish to inform them that we are aware of all their hideouts, camps and enclaves. They should follow their colleagues who have so far surrendered,” Col. Sani Usman, a spokesperson for the Army said in a statement reaching Xinhua.

The military statement said failure to surrender will result in serious consequences as troops have closed up on them.

“We equally appeal to members of the international community and the world at large, to kindly persuade the Boko Haram terrorists and their international collaborators to desist from acts of terrorism,” the statement added.

Nigerian President Muhammadu Buhari has ordered military chiefs to end the insurgency of Boko Haram in the most populous African country by December.

Boko Haram, fighting against the government to create an Islamic state, has carried out waves of bombings in the northern region and capital city of Nigeria over the years.