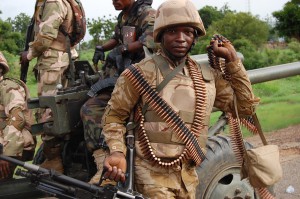 A spokesperson for the Nigerian Defense Headquarters, Major-General Chris Olukolade, said that the commander and other militants had staged a daring attack on troops who were on patrol on the outskirts of the Alagarno area on Tuesday.

He said that a number of militants died as the troops repelled the attack, adding that some rocket propelled grenades as well as vehicle mounted anti-aircraft guns were either captured or destroyed in the encounter.

Olukolade said that military operations are continuing in the form of offensive action on identified militants in some forest locations.