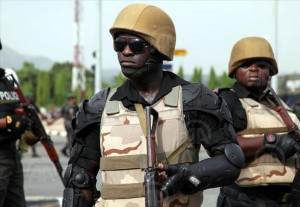 Nigerian soldiers fired on unarmed Shiite children with no provocation before unjustified raids that killed hundreds of the minority group in the West African nation, Human Rights Watch said Wednesday.

The charges come as the guardian of Nigeria’s estimated 80 million-plus Muslims, Sultan Muhammad Sa’ad Abubakar of Sokoto, warned the government against actions that could radicalize other Muslims in a country that already has lost 20,000 lives to the Boko Haram Islamic uprising.

“It is almost impossible to see how a roadblock by angry young men could justify the killings of hundreds of people. At best it was a brutal overreaction and at worst it was a planned attack on the minority Shia group,” said the Africa director of Human Rights Watch, Daniel Bekele.

As many as 1,000 people may have been killed, rights activists say, sparking protests in Nigeria’s mainly Muslim north that spread to Tehran, the Iranian capital, and New Delhi in India.

The group’s leader, Iran-influenced Ibraheem Zakzaky who dresses like an ayatollah, suffered four bullet wounds, according to family doctors, and is among scores detained.

His Shiite Islamic Movement in Nigeria said Tuesday that people wounded in the attacks are dying in military and police detention because they are being denied medical care.

Spokesman Ibrahim Musa also said the Kaduna state government has taken over from the military in destroying property of the movement, estimated to have 3 million followers. He said a school and cemetery were bulldozed Monday.

“The history of the circumstances that engendered the outbreak of militant insurgency in the past, with cataclysmic consequences that Nigeria is yet to recover from, should not be allowed to repeat itself,” warned a statement Monday from the sultan of Sokoto, who is president of the Nigerian Supreme Council for Islamic Affairs.

Boko Haram re-emerged as a much more violent entity after security forces attacked their mosque and compound and killed about 700 people in 2009 including leader Mohammed Yusuf, a breakaway follower of Zakzaky.