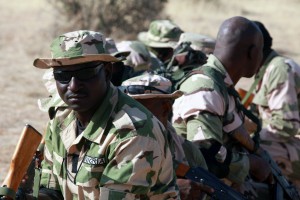 The Nigerian Army has set free no fewer than 182 Boko Haram suspects from Maimalari Barracks in Maiduguri, Borno State.

Army spokesman, Colonel Sani Usman, who made this disclosure on Sunday, said that the “joint intelligence community investigated and authorised the release of these prisoners.”

According to him, the release was part of Nigeria’s National Army Day, which was held on July 6, to commemorate the first shots of Nigeria’s Civil War at Garaken, Cross River State.

The 40 boys, 24 women, 100 adult men and 18 children prisoners were reportedly released to the state governor over the weekend.