You are here: Home / Africa / Nigeria warns of terrorist attacks during Christmas 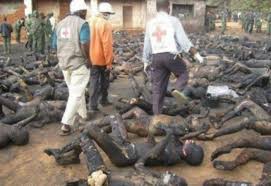 The Nigerian security forces in central Niger, the center of the country, have established Monday strict protection measures to prevent possible terrorist attacks during Christmas celebrations, reported the Army today.

A senior military commander of the Artillery Brigade 31, Commander Moshood Jimoh, said that specialised personnel was deployed in areas identified as key points where insurgent groups operate to protect roads from assaults and other terrorist actions.

The official recalled that during the 2010 and 2011 Christmas celebrations in the city of Jos, Plateau state capital, were perpetrated deadly attacks by extremist groups against cult centres and other religious sites.

Niger is one of 36 states in Nigeria, which in recent years suffered a series of attacks, including the bombing of Christmas Day in the Catholic Church of Santa Teresa, in the city of Madalla, near this Capital, in which more than 30 people were killed in 2011.

The action was led by a member of the fundamentalist sect Boko Haram, the main group involved in violent attacks since the insurgency began in 2009 and also blamed for the displacement of more than two million people in northeastern Nigeria.

International agencies responsible for humanitarian assistance blame extremist formation for the current conflict extended to the rest of the countries of the Lake Chad basin, which also include Cameroon and Niger.