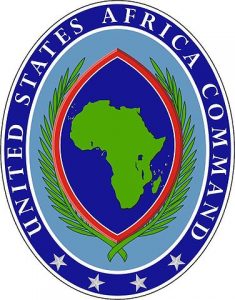 Boko Haram in Nigeria and Cameroon, the Islamic State group in the Sahel region and al-Shabaab in Somalia are all on the agenda of the sixth Africa Land Forces Summit in Nigeria’s capital, Abuja, this week, like reported by en.rfi.fr.

Hosted by US Africa Command and the Nigerian military on 16-19 April, it brings together defence force chiefs from across the continent.

The initiative, intended to support African defence forces in their fight against Islamist insurgency, began under former US president Barack Obama in 2010.

Since then, under President Donald Trump’s administration, the US has continued to increase its military presence on the African continent.

“One bit of Trump’s administration that has benefited has been the US military in terms of Africa,” says Alex Vines, the head of the Africa Programme at Chatham House in the UK.

“Whereas there has been continual indecision in terms of the State Department and the cutback of its resources, the American military has had steady funding. A more securitised US response to Africa is emerging.”

“The Americans feel the need for a higher level of preemptiveness,” says Adib Saani, a Ghanaian security analyst.

“American interest in Africa has increased as Africa became a breeding ground for terrorism,” he told RFI.

Military leaders from almost all African nations are participating, including top brass from Angola, Cameroon, Egypt, Kenya and Rwanda.

All will be keen to gain support and assistance from the most powerful military on earth – surprising perhaps, when you consider how many African governments are wary of US involvement on the continent.

“That’s the irony of it all,” says Thomas Mandrup of the Royal Danish Defence College, currently based at the Faculty of Military Science at Stellenbosch University in South Africa.

“It’s a love-hate relationship. When you talk to African commanders and politicians and they are very reluctant – they talk about neo-colonialism and hidden agendas.

“Yet the Americans are the great military power, when it comes down to it they have a lot of resources which can help build and shape modern African defence forces.”

The United States has in recent years increased its presence on the continent, which had been in decline since the end of the Cold War.

Late last year Washington signed a deal with Chad, which allowed US Africa Command or Africom to use direct force against armed groups there.

And, when four US soldiers were killed while on “aid and assist mission” in Niger, many US lawmakers were surprised to learn how many US boots were on the ground – more than 6,000 American soldiers there in all.

There is a growing consensus in hawkish policy circles in Washington that Africom should be given a greater remit and permanent troops, not just the “allocated” forces it currently relies on.