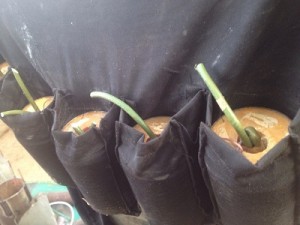 Two female suicide bombers were on Sunday night killed as their weapon went off as they attempted to invade Maiduguri, the Borno State capital, officials said.

The incident happened at about 10.30p.m., near Muna Garage, one of the most attacked motor parks in recent times.

Two young girls, with explosives on their bodies, made their ways to a suburb village called Geleri, about 5km away from Muna park.

One of the suicide bombers detonated her device in the village, which also killed her partner whose device failed to explode.

Police spokesman, Victor Isuku, who confirmed the incident to journalists, said three villagers were injured in the explosion.

“At About 2030hrs yesterday, two female suicide bombers were halted to stop for routine check at Geleri village which is about 5km to Muna Garage, an outskirt of Maiduguri,” he said.

“One of the suicide bombers detonated IED strapped to her body killing her and her accomplice whose IED vest did not explode.

“Three residents of the area were however injured. The command’s EOD unit rushed to the scene to render the unexploded IED safe. The area has been secured and normalcy restored.”