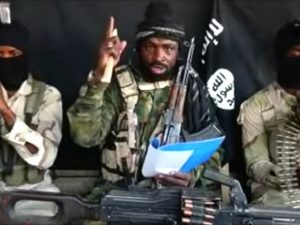 Nigeria remains the third most impacted country in the world by terrorism – a position it has retained since 2015, the 2019 Global Terrorism Index (GTI) shows accordinf to guardian.ng.

Only Iraq and Afghanistan are ranked worse than Africa’s most populous country, which has been dealing with violent insurgency in its northeastern region since 2009. The report was published by the Australia-based Institute for Economics and Peace.

Other countries in the top 10 rank are Syria, Pakistan, Somalia and India. Yemen, Philippines and the Democratic Republic complete the list.

Sub-Saharan Africa recorded the second-highest number of deaths from terrorism after South Asia, overtaking the Middle East and North Africa, which is now ranked third.

Although the number of global terrorism-related deaths declined for the fourth consecutive year, Nigeria and Afghanistan witnessed an upsurge.

The surge in Nigeria counters the government’s claims that it has reined in the reign of terror in different parts of the country.

“The increase in deaths was the result of the intensification of the conflict between pastoralists and the nomadic Fulani people, with deaths attributed to extremist Fulani elements increasing by 261 per cent in a single year,” the GTI report said.

The uptick in the Nigerian terrorism death pushed up the number in Sub-Saharan Africa, making the region second most terrorised region in the world.

In spite of the spike, 2014 remains the darkest year for Nigeria when it was ranked second most terrorised country in the world. At that time, Boko Haram fighters unleashed the violent reign on the northeast and occupied a large swathe of land, which it called its caliphate.

The inability of the Goodluck Jonathan administration to substantially deal with the insurgents was one of the reasons the People’s Democratic Party lost out the centre.

President Muhammadu Buhari, a former army general, who promised to halt the spread of Boko Haram insurgency was voted into power in 2015 even though he was an opposition candidate then.

While Buhari has overseen a measure of success in the fight against Boko Haram and its splinter group loyal to the Islamic State – Islamic State in West African Province – insurgents are still capable carrying of fatal attacks on military and civilian targets.

However, the report indicates that deaths caused by Boko Haram dropped 42% in 2018 compared to the previous year, “an 89 % decline from their peak in 2014.”

Moreover, the fatality rate of Boko Haram attacks has fallen from 15 deaths per attack to four in the past five years. This is consistent with the Nigerian government’s claims of having substantially degraded the insurgents.

It, however, said the country was facing “a mixture” of Boko Haram remnants, criminal gangs and fighters from the terror groups in the Maghreb and other West African countries.

While Boko Haram was less fatal in 2018, GTI says “Fulani extremists” were rampant in their violence and “were responsible for the majority of terror-related deaths” in Nigeria.

The group, GTI shows, carried out 297 attacks and was responsible for at, least, 1,158 deaths. Over 200 of those attacks were described as “armed assaults,” and mostly targeted at civilians.