You are here: Home / Africa / Nigeria, second most deadly country for terrorism globally 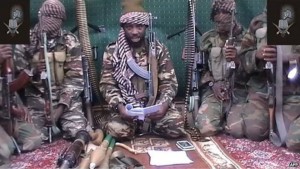 Nigeria has been described as the second most deadly country in the world after Iraq and has also been ranked among the most violent nations globally following incessant attacks on the country by terrorist group, Boko Haram, in 2013 and 2014.

According to Global Peace Index rankings for 2014, Nigeria is now the second most deadly country for terrorism after Iraq, experiencing 140 per cent increase in deaths to 4,392.

Nigeria’s neighbour Cameroun recorded 191 deaths in 2014 compared to none the previous year. Fewer than one  per cent of terrorist fatalities in 2014 occurred in the Organisation for Economic Co-operation and Development.

Boko Haram’s massacre of over 2,000 civilians in Baga, Borno State in January this year was labelled the most deadly terrorist incident since 9/11, an event overshadowed by the murder of 11 journalists at French newspaper Charlie Hebdo the following month.

The report put the cost of violence around the world at a record $14.3 trillion in 2014, equivalent to the combined economies of Brazil, Canada, France, Germany, Spain and the United Kingdom.

“Reducing conflict is a crucial plank in ensuring continued world economic recovery. If global violence were to decrease by 10 per cent uniformly, an additional US$1.43 trillion would effectively be added to the world economy. To put this in perspective, this is more than six times the total value of Greece’s bailout and loans from the IMF, ECB and other Eurozone countries combined,” Steve Killelea, founder and executive chairman of Institute for Economics and Peace (IEP) said in a statement.

According to the report, since 2008 the total economic impact of violence has increased by US$1.9 trillion (+15.3%). The economic impact from refugees and IDPs alone has increased by 267 per cent since 2008, and now amounts to US$128 billion. However military expenditure, homicide and police forces remain the most costly categories, accounting collectively for 68.3 per cent of the total cost.