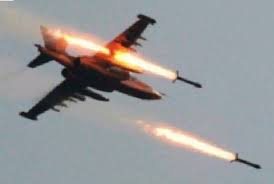 Several Boko Haram fighters have been killed in airstrikes conducted by the Air Task Force of the Operation Lafiya Dole, the Armed Forces of Nigeria has said, according to thenationonlineng.net.

According to a statement by the Coordinator Defence Media Operations, Major General John Enenche, the air interdiction was carried out after intelligence reports showed large number of insurgents were converged at the location.

“In continuation of the intensive air interdiction missions being conducted as part of subsidiary Operation WUTAR TABKI, the Air Task Force of Operation LAFIYA DOLE has neutralized several Boko Haram Terrorists (BHTs) and destroyed some of their structures at Tsilala near Kaza in the Dikwa general area of Borno State.

“The air strikes were executed on 18 October 2020 after aerial surveillance missions showed significant number of terrorists and logistics items at the location.

“The Nigerian Air Force (NAF) fighter jets and helicopter gunships dispatched by the Air Task Force took turns in engaging the location scoring accurate hits in the target area, resulting in the neutralization of several BHTs as well as the destruction of some of their structures”.