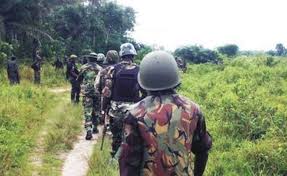 Nigeria has nabbed a commander of extremist group Boko Haram in an operation by troops in the country’s northeastern state of Borno, an army statement said Monday.

The unnamed commander of Boko Haram was arrested in a military operation last weekend in Aulari, a hideout of the terrorists in Bama axis of Borno State, the statement signed by Col. Tukur Gusau, a spokesperson of the 7 Division of Nigerian army, said.

Several camps of the terror group were further cleared by troops in more than nine other villages in the same axis of the restive state, the statement said, adding the arrested Boko Haram commander is presently undergoing investigation.

Boko Haram has killed more than 13,000 people and injured more in attacks carried out in the last six years.

The group stepped up attacks in northeastern Nigeria since President Muhammadu Buhari took office in May, vowing to root out the group.