You are here: Home / Africa / Nigeria: most female suicide bombers don’t know they are carrying explosives 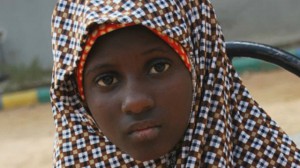 The Minister of Information and Culture, Alhaji Lai Mohammed has revealed that most female suicide bombers being used by the Boko Haram sect do not know that they are carrying bombs.

He made the assertion on Tuesday while reacting to the spate of bombings being perpetrated by teenage girls in recent times at the corporate headquarters of Punch Nigeria Limited in Magboro, Ogun State.

According to Mohammed, the bombs are usually given to the girls as parcels to be delivered in a busy place while a man would stand at a distance to detonate the bombs.

“Suicide bombers usually walk in threes. There is the man who leads. The leader will ensure that the small girl who is strapped with the bomb knows the road. The small girl never knows what she is carrying.

“She is simply told to go and deliver a parcel at a market. That leader would have taken her to the market days before to show her the direction of the market. On the day she is to deliver the package, the man will lead and by then she is strapped.

“Then there is another person that tails her from behind who will make sure that she doesn’t change her mind or turns in another direction. These bombs are detonated remotely. This is how cowardly these people are. These girls are not indoctrinated. Most of them don’t know what they are carrying. Some of them do it for as little as N5, 000 which is given to their parents,” Mohammed said.