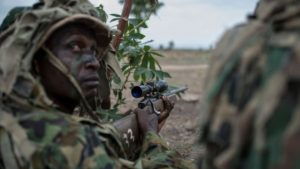 Extremist Islamist group Boko Haram has started to use drones as part of their new security measures a clear sign that the group have become increasingly sophisticated to garner intelligence on the movement of the country’s troops, Nigeria army said according to kmaupdates.com.

The army which issued a statement noted that it had noticed “daring moves” by the militants, including the “increased use of drones against our defensive positions” and the swelling of its ranks by foreign fighters.

Adding:”These potent threats require us to continually review our operations,”

This is the first time the military has confirmed reports which surfaced last year that Boko Haram has strengthened its capabilities by acquiring drones.