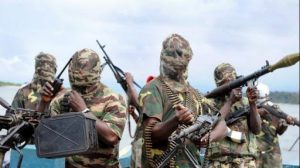 The regional military force fighting the Boko Haram insurgents in the Lake Chad area, the Multinational Joint Task Force, has said it obtained information regarding a plot by the insurgents to carry out “aggressive recruitment in the coming weeks”, like reported by punchng.com.

The MNJTF comprising Nigeria, Niger Republic, Chad and Cameroon, in a release late on Sunday added that the forced recruitment is expected to target young and adult males, and the Boko Haram’s backup is to kidnap unwilling targets.

The MNJTF Chief of Military Public Information, Col Timothy Antigha, noted that the force, therefore, urged youths in the North Eastern states of Nigeria, Lake Province of Chad, Diffa Region of Niger and Extreme North Region of Cameroon, to be vigilant and shun all promises of opportunities for quick money and misguided teachings about jihad.

He said, “The Multinational Joint Task Force has obtained credible information regarding a plot by the beleaguered Boko Haram leadership, particularly, in the Lake Chad area to launch an aggressive indoctrination and recruitment drive in the coming weeks.

“The terrorist organisation plans to use envisaged recruitment to cover the severe manpower shortage facing them.

“The Multinational Joint Task Force also wishes to draw the attention of the public in the affected areas and environs to the sinister plan of Boko Haram and the Islamic State West African Province and appeals to imams, community leaders and parents to sensitise their congregations and family members and also watch the activities of their youths and children.