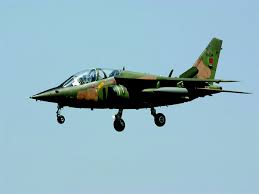 The Nigerian Air Force intensified in recent hours its attacks against camps of the Islamic group Boko Haram, in support of the ground troops that are operating in that area, an official source reported today.

Air Force spokesman Dele Alonge said bases of the extremist sect, located in the regions of Ngoshe and Pulka, in the northeastern state of Borno, were destroyed.

As a result of the bombings, elimination of a solar-panel power station installed by the fundamentalists to render electricity to their facilities in that wooded area, the source added.

On August 13, President Muhammadu Buhari ordered Vice-Marshal Sadique Abubakar, new Air Force chief, to increase the offensive actions and strengthen cooperation with the rest of the rest of the military forces to dismantle the extremist group in three months.

Buhari reiterated recently that his Administration gives priority to reinfocing the Armed Forces and would devote the necessary resources to put an end to the attacks, kidnappings and other activities by that sect, with a high cost in lives and economic losses.