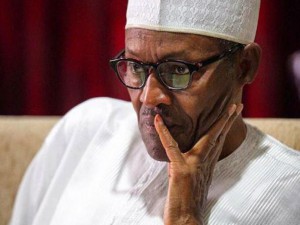 The Nigerian Christians Elders Forum (NCEF), an affiliate of the Christian Association of Nigeria (CAN), wednesday said Nigeria was fatally sliding into an Islamic State under President Muhammadu Buhari’s government.

The NCEF position came as a response to serial killing of Christians in the northern part of the country in recent times. Last week, Christian students were brutally killed and burnt in Talata Marafa, Zamfara State, over alleged blasphemy.

The NCEF also cited the arrest of Mr. Joe Chinakwe for naming his dog ‘Buhari’ in Ogun State as a clear case of discrimination against Christians in the country.

According to the NCEF Chairman, Chief Solomon Asemota (SAN), “There is a bill now pending before the National Assembly, titled: “NGO Regulatory Bill” intended to silence non-governmental organisations (NGOs) including the Christian Association of Nigeria (CAN).

“It is not in dispute that Nigeria is an Islamic State contrary to Section 10 of the constitution. What is in dispute is whether Nigeria is ruled by mainstream Muslims or by Islamist Jihadists. We plead with the Sultan of Sokoto to appreciate that Nigeria is safer and more peaceful when the federal or state government does not adopt any religion as ‘State Religion’.”
The NCEF explained that the overt dominance of the National Security Council by members of the Muslim faith was worriesome and expressed reservations whether Vice President Yemi Osinbajo plays any role in the council.

“It is as a result of the understanding (or lack of it) of civilized jihad that we are apprehensive of those in the ‘Security and Intelligence Committee’ of the federal government by some unexplained reasons who are mainly Muslims.

“We are not too sure whether the Vice President is a member of this committee following information that he was once excluded from the meeting which the president called. When the vice president summoned the same meeting in the absence of President Buhari who was away in the United Kingdom, there was resistance and the meeting had to end abruptly,” the Christians elders stated.
Asemota maintained that going by the activities of the Fulani herdsmen, it is clear that a jihad is being staged through the back door, adding: “The atrocities committed by Fulani herdsmen such as the number of persons killed, farmland and buildings destroyed with other property during the same period were not included.

“The conclusion which we, Christians, draw is that jihad is being committed against our country especially when the cohesive instrument of state is in the hands of three ethnic nationalities and one religion. This enlists fear in the minds of the populace, especially Christians.”

The group also differed with the Sultan of Sokoto, Sa’ad Abubakar III, on the interpretation of the secular status of Nigeria, stating that: “NCEF begs to disagree with the Sultan that Nigeria is a multi-religious state based on the fact that the constitution which forms the basis upon which our founding fathers agreed to live together as a country, provided under Section 10 that ‘the government of the federation or of a state shall not adopt any religion as ‘State Religion’.
“Nigeria has multi-cultural and multi-religious communities, tribes, ethnic nationalities but one nation. It is correctly assumed that in the interest of peace and justice, the constitution in Section 10 prohibits the state from religious participation by way of recognising one and two religions. Multi-religious country does not fit the interpretation of Section 10 rather, it is its opposite.

“The Sultan’s interpretation, we submit, is intended to justify Islam and Christianity as state religions until Islam dominates to become de facto and de jure religion of Nigeria.”

On the arrest of Chinakwe, NCEF said: “If Nigeria is being run as a secular state, Sections 10, 37, and 38 of the constitution guarantees that the right of private and family life, right to freedom of thought, conscience and religion should protect Joe Chinakwe and the complainant would have been arrested but because Nigeria is an ‘Islamic State’, Chinakwe has to face trial, and in the process, promoting the most effective way to get rid of critics which is to instill fear in ordinary Nigerians. One wonders if the dog had been named Gowon or Jonathan would there have been any furore about the matter.”

The Christian leaders also queried the short change of the Niger-Delta in oil revenue since the discovery of oil in Nigeria, stressing that it has been shown that out of N96.212 trillion crude oil earnings, only N12.3 trillion was paid to the oil producing areas as derivation.
Had 50 per cent derivation as obtained before 1966 applied, the Niger Delta would have earned N48.106 trillion.

“The fears of ‘Christian’ in the Niger Delta is that the region may be abandoned to its fate by an Islamist federal government, after all, ‘all land in Nigeria has been bequeathed to the Islamists by Allah and therefore, reserves’ the right to abandon same as the British,” they observed.