You are here: Home / Africa / Nigeria, Chad, Niger, Cameroon and Benin are preparing a final assault on the Boko Haram jihadist group 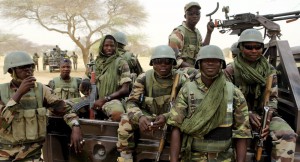 The current meeting aims at preparing the final phase of the eradication of Boko Haram from our territory,” Massoudou said after a Thursday meeting between the heads of the countries’ armies, as quoted by The Telegraph on Friday.

The extremist group has pledged allegiance to the Daesh terrorist organization, outlawed in Russia and many other countries. According to the United Nations High Commissioner for Refugees (UNHCR), Boko Haram insurgency has displaced more than 2.25 million people since 2014. A total of 2.066 million people are displaced within Nigeria and 190,000 people – in the neighboring countries of Cameroon, Chad and Niger.