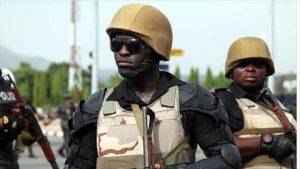 The Nigerian military is currently working with forces from neighboring Cameroon to clear Boko Haram terrorists from the country’s volatile northeast region, the country’s new army chief said Monday, like reported by aa.com.tr.

“We are working in tandem with forces from Cameroon to annihilate Boko Haram,” Gen. Ibrahim Attahiru told journalists during an operational visit to troops in northeast Borno State, the heartland of over a decade of terror attacks.

He said his visit, the first since his appointment as army chief on January 26, was to receive briefs from army commanders in the theatre of operations against terrorists.

He disclosed forces from Chad will also be brought into the operation. He said it was a new operational strategy to end terror attacks in the area.