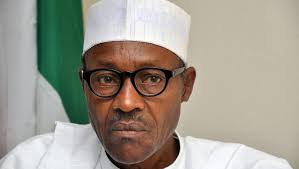 At least 43 people have been killed in attacks carried out by Boko Haram (recently renamed Iswap) just as President Muhammadu Buhari and other regional leaders were holding a meeting about how to deal with the country’s terror threat.

The attacks were carried out shortly after police said three female suicide bombers died during a failed mission carried out near Maiduguri town, capital of Borno state, the epicentre of the group’s deadly insurgency.

He said during the meeting that Nigeria should lead the anti-terror joint offensive and that a proposed six-month rotating command among the five nations could disrupt operations.

Buhari was quoted by AFP as saying: “Six months duration as it is being proposed… does not augur well for effectiveness and efficiency. Such a process will undermine, even if it is not intended, the military capacity to sustain the push against the insurgents, who also have the uncanny ability to adapt and rejig their operational strategies.

“I’m inclined on account of the above to suggest to your excellencies… that Nigeria retains the position of the field commander of the MNJTF [Multi-National Joint Task Force] for the period of the war effort.”

Earlier in June, Buhari announced that Nigerian military headquarters were relocated from the capital Abguja to Maiduguri. The leader said the headquarters will stay in Maiduguri until the fight against the terrorists is over.