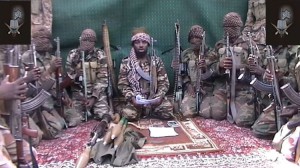 After what looked like a rout from the Nigerian military, the Boko Haram terrorists seem to be rebounding by launching several devastating attacks on hitherto liberated communities.

Yesterday, for the first time in six years, a suicide bomber struck at Garkida town in Gombi Local Government Area in Adamawa State, where he detonated an Improvised Explosive Device (IED) in a local cattle market, killing 10 persons and injuring many others.

Similarly, in a midnight attack in Madagali, also in Adamawa State, the insurgents shot and killed a dozen persons and injured many others.

Speaking on the attack in Garkida, an eyewitness revealed that at about 2pm, a suicide bomber detonated a bomb at the weekly cattle market in Garkida town resulting in the killing of 10 persons on the spot and injuring several others who had been taken to the hospital for treatment.

The eyewitness said that the bomb blast had caused serious apprehension as many feared that more of such attacks might be underway.
He said he believed that the Boko Haram insurgents had regrouped and recruited a large number of suicide bombers to carry out future attacks on the state.

There are however varying accounts of the attack.
While some said a suicide bomber pretending to be a potential customer at the market detonated the bomb, another version had it that the bomb was actually planted at the gate of the market.

Another eyewitness said that the incident took place at about 2pm when the market was at the peak of activities leading to high casualties.

Adama Mohammed, a resident of the town who narrowly escaped the blast, said that many of the victims including the dead and the injured had been evacuated to hospitals as activities in the market had come to a standstill.

Confirming the incident, the factional Speaker of Adamawa State House of Assembly, Jerry Kumdisi, who hails from the area, noted that many persons had lost their lives in the attack.

Gombi was one of the seven local government areas overrun by the Boko Haram insurgents in Adamawa State last year.
It was in Gombi town that a German working with the state government’s vocational school was abducted before he was finally rescued early this year.

Efforts to get the Army Public Relations Officer of the 23rd Army Brigade, Captain Nuhu Jafaru, proved abortive as at the time of filing this report although some military sources confirmed the attack.

However, the state police command confirmed that seven people were killed from the bomb blast detonated by a suicide bomber in Garkida town.

The state command’s Police Public Relations Officer, Abubakar Othman, a Deputy Superintendent of Police (DSP), disclosed that a suicide bomber detonated a bomb at the Garkida cattle market in Garkida town which resulted in the death of seven persons including the suicide bomber.

He said many people sustained different degrees of injuries from the blast as some of them were said to be in critical condition.
And in what appears as a renewed wave of attacks, about 12 persons have been reportedly killed by the Boko Haram insurgents in Ajiya Wagga town of Madagali Local Government Area of Adamawa State.

Reports indicate that the insurgents were determined to stage a comeback in their struggles to take control of the area as they continued their onslaught on villages and towns of Madagali Local Government area of the state.

According to the reports, the insurgents started by launching an attack on Sabongari town of Madagali leading to the death of one person, while six women were abducted on Saturday and immediately advanced to attack Ajiya Wagga town, same night which resulted in the killing of 12 persons, while many sustained varying degrees of injury as they scampered for safety.

A fleeing resident of Ajiya Wagga, Mr. Warga Sunday, said the gunmen struck the town in the middle of the night on Saturday while most of the residents had gone to bed and started shooting sporadically and in the process killing many.

“I saw many dead bodies lying as I fled into nearby bush to escape from the insurgents, who were advancing in full force.
“Many people are still in the bush as they fear another attack by the gunmen even as some fled to neighbouring villages,” Sunday said.
He however called on government to expedite action that can crush the insurgents.

He noted that many of the villagers were just returning from their place of refuge having been chased out of the town last year by the insurgents.

Another resident, who identified himself as Musa, said many villagers have sustained various degrees of injury and are being evacuated to hospitals for proper medical attention.

He noted that the insurgents stormed the village around midnight on Saturday and started killing innocent  people leading to the death of about 12 people.

Confirming the incident, the Chairman of the local council, Maina Ularamu, called on government to provide more security in the area in order to prevent the influx of fleeing insurgents to the area.

However when contacted, spokesman of the Adamawa State Police Command, Othman Mohammed, a Deputy Superintendent of Police (DSP), said the police were yet to receive an official report of the incident.

The President-elect, Muhammadu Buhari, had last Monday expressed dissatisfaction that the army had not been able to crush the Boko Haram insurgency, remarking that the recent gain of routing them (terrorists) was with the aid of South African mercenaries.
He declared that it is as shameful as it was unacceptable.

He has nine days to assume office as the Commander-in-Chief and take charge. (thisdaylive.com)