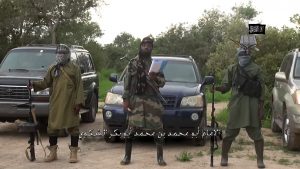 No fewer than 14.8 million people were affected by the Boko Haram insurgency in Nigeria with at least 1.7 million of them displaced, like reported by nta.ng.

Nigeria’s Ambassador/Permanent Representative to the UN, Prof. Tijjani Bande, told the UN Security Council Open Debate on the Protection of Civilians in Armed Conflicts Tuesday that most adversely affected were women and children.

Bande regretted that the Boko Haram insurgency had led to an unprecedented humanitarian crisis in northeastern Nigeria.

He, however, assured the international community that ‘The Buhari Plan’ would bring relief to Northeast Nigeria, currently ravaged the by Boko Haram activities as all efforts were being taken against the insurgency.

The Presidential Committee for North East Initiative developed ‘The Buhari Plan’ – a framework of action to ensure the rehabilitation of the victims of insurgency and the reconstruction of their communities.

Bande said a robust Social Protection Initiative, and a second National Action Plan to fully implement the provisions of resolution 1325 (2000) had been instituted to protect civilians, particularly women and children from the Boko Haram ravages.

“To that end, the initiatives will also complement the implementation of ‘The Buhari Plan’, which provides a blueprint for the comprehensive humanitarian relief and socioeconomic stabilisation of the North-East, as well as the return and resettlement of displaced persons.

“We are collaborating with our neighbours, Chad, Cameroon, Niger and Benin, within the framework of the Multinational Joint Task Force, to defeat the Boko Haram insurgency, which is targeting civilians, particularly women and children,” Bande said.

The Buhari Plan’ aims to achieve a safe and prosperous Northeast that would be a global model for post-conflict socio-economic recovery and development.

The envoy noted that Nigeria was among the first group of states to endorse the Safe Schools Declaration in Oslo, thereby making a pledge to protect schools during armed conflicts and using and promoting the Guidelines for Protecting Schools and Universities from Military Use during Armed Conflict.

Bande said the declaration complemented and strengthened Nigeria’s national Safe Schools Initiative established in 2014, as part of the response by the Federal Government to promote safe zones for learning.

He said these initiatives reflected government’s commitment to ensuring the security of women and children during armed conflicts and enhancing their active and direct participation in conflict prevention and peacebuilding.

The ambassador said: “It is heartening to note that over a thousand kidnapped women and children have been rescued, and all territories once controlled by the group have been recovered.

“Indeed, our experience in the Lake Chad Region today, is evidence that with determined international collaboration, terrorism can be defeated.

“In addition, the Government of Nigeria has adopted a multinational and multi-agency approach tagged ‘Operation Safe Corridor’, to effectively handle the de-radicalisation, rehabilitation and reintegration of willing and surrendered Boko Haram members back to the society”.

The Nigerian envoy said so far, many insurgents had willingly surrendered to the military, while about 700 others had indicated interest to surrender.

He said Nigeria had taken steps to cater to victims of Boko Haram in the form of rape and other sexual violence against children, abduction of children and other grave violations.

According to him, these steps include providing humanitarian relief, financial, economic, educational and psycho-social support.

“Despite the tremendous efforts being made at the national level, we acknowledge that protecting civilians in conflict situations remains a critical challenge, not only for the United Nations, but also for the entire international community.’’