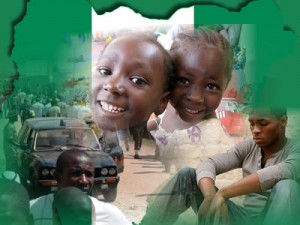 The ongoing Boko Haram insurgency in the North-East region has created untold hardship and psychological problems among the people of Borno state ,such that so many have developed cases of mental disorder, and are either roaming the streets as mad men and women or subjects of mental treatment at the Federal Neuro Psychiatric Hospital, Maiduguri.

Records at the hospital officially made available to Daily Trust indicate that 1,417 people suffering from Post-Traumatic Stress Disorder (PTSD) and Acute Stress Reaction (ASR) caused by the fear of violence such as the violent attacks on communities by insurgents, were reported at the hospital.

Dr Ibrahim Abdullahi Wakawa, Consultant Psychiatrist and Head of Clinical Services of the Federal Neuro Psychiatric Hospital, Maiduguri , said such diseases were never reported in the hospital before the advent of Boko Haram insurgency in the region, until sometime in 2009 when insurgency became pronounced in the area.

“There are some cases of disorders among the people that are not commonly reported; we use to think they are Western diseases like Post-Traumatic Stress Disorder (PTSD) and Active Stress Reaction (ASR) which are commonly seen among victims of trauma or violence like the ongoing insurgency.

But one of the voluntary aid workers providing assistance to victims of Boko Haram insurgency in the state, Alhaji Bukar Kolo ,said the number must be higher than that “The Doctor is only talking of the cases reported to the hospital in Maiduguri. So many victims of such problems did not report to the hospital.

“A good number of them got missing and their corpses were later found with gunshot injuries. So many fled while others from rich homes were taken for medication outside the region. I know of a neighbor here in Maiduguri whose family house was attacked ,and part of it was destroyed by a bomb when he was in the part that was not so destroyed. Since he ran out of that house, he has never been well till date.

“There is also an Islamic scholar who was sleeping under a tree at the back of his house at Budum area of Maiduguri ,when his house was attacked and destroyed with bomb. Since he ran out two years ago, it was recently that someone said the man was seen naked around Zaria in Kaduna state,” he said.

At Konduga local government area of the state, a Secondary School student that was said to have witnessed how his parents were slaughtered from his hiding place, has not been normal again. He is said to have relocated to Maiduguri where he is now sleeping on the streets.

His uncle, Alhaji Ba Modu said, “When he sees any of the relations that he recognizes, he will be shouting and using his hands to demonstrate how the parents were slaughtered sometimes in 2013. He is not violent in the midst of strangers. We have allowed him to be while praying for him.

“He was in the local silos trying to bring out grains when insurgents arrived their house. He was watching from inside the silos when they slaughtered his parents and two siblings. He cried throughout the first day and started behaving abnormal, by getting scared of everything around him the next day. Two days later he disappeared. It was after about eight months that people saw him in Maiduguri.

“He is not the only one from this area that had such problem. Some were killed by the insurgents who did not immediately know that they were people with cases of mental disorder. Some have disappeared and nobody can account for them. The fact is that at a stage the killing of people was so common, it became so difficult to properly account for every missing person,” he said.

Ndidi Amaka is a popular food vendor ,operating Amaka foods and drinks restaurant in Maiduguri. She told Daily Trust about her neighbor who after doing a Diploma course at Ramat Polytechnic, Maiduguri, decided to go into business while seeking for admission into the University.

“It was in September, 2013 he collected a N100,000 contribution that five of us were doing, and added to some money he had saved and he went to Onitsha to buy men’s wears for sell. He returned on a Thursday morning and went to drop the things he bought in his shop and came back home to sleep. His friend came to wake him up that Boko Haram had attacked the stores and destroyed them.

“I just heard him shout ‘God,’ and he sat on the floor. After sometime, he stripped naked and was singing some local Igbo songs. That was how his own started. We did not allow him go out. But after about ten days when his situation refused to change, we contributed money and took him home. He is yet to regain his senses. That was his life savings.”

“I am sure it was the pain of the sudden loss of his savings, and probably he banked all his hope on that money. I know of two boys that also went mad at Wulari and were later found dead. I do not know if it was suicide they committed, or if they were killed. There were no gunshot injuries on them, but they first went mad before they died,” she said.

A retired health worker in the state, Malam Ali Mari said the insurgency in the state has, in addition to creating cases of mental disorder among the people, also led to cases of serious frustration and absent mindedness among residents, adding, “I was walking out of the state Specialist Hospital one day when a man in his late 40s who was well dressed approached me and asked me if I can pay him.

“I asked him, pay you what? He said he wanted to collect his salary. I called him to a corner and started chatting him up until he realized that what he was holding was not a cheque ,and where he came to was a hospital and not a bank. I didn’t know him before, but we are now friends and still relate. We had several cases of people coming to the hospital to say they have problems, they are sick but do not know what was wrong with them.

“Going by the situation Maiduguri found itself then; people were bound to behave anyhow. Decomposing corpses were seen everywhere. There were times you had nowhere to run to; it was the sound of guns and bomb blasts everywhere. All economic activities were grounded and people were attacked even in their houses.

“When there is a bomb blast in an area, you will see everybody, including the real mad people some of them naked ,running away from the blast. I know of an applicant around Custom area and you will see him sometimes shouting, ‘doom, doom.’ He is imitating the sound of bomb blasts.

“His family house was blown up and so also his uncle’s house. He witnessed several bomb attacks that made him go crazy. He still remembers those violent scenes he witnessed. He was normal before the insurgency ,and he became mad in 2013,” he said.