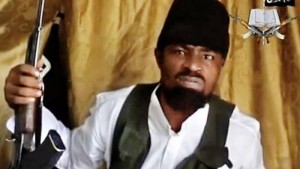 Boko Haram terrorists in a convoy of Toyota Hilux vehicles and motorcycles laden with Improvised Explosive Devices (IEDs) and petro-bombs attacked Babangida council headquarters in Yobe state; torching the Divisional Police Station, secretariat complex, telecom masts and several other houses and buildings at 6.30am on Sunday.

Babangida is farming and herding community, and 50 kilometres north of Damaturu, the state capital.

The gunmen, according to the District Head of Babangida, Alhaji Isa Musa Gumcho, also carted away large quantities of food items, petrol and diesel retrieved from stores and granaries of residents.

“These gunmen attempted to attack our town on Saturday night, but the soldiers repelled them towards Bayamari and into Sasawa Forest, northeast of this council headquarters. But we were however shocked and terrified, when the same insurgents regrouped within six hours to attack us this morning (Sunday), burning many houses, shops and our council secretariat buildings that were torched three times last year and in 2012 and December, 2005,” said Gumcho.

He said even after the insurgents were repelled by the military, some residents started fleeing, because of the fear of being killed in the cross fire between soldiers and the gunmen.

On causalities, he however told newsmen in Damaturu that, “No lives were lost in the multiple attacks, but many of our houses, shops and public buildings, including telecom masts; were burnt down by the Boko Haram terrorists group.

These boys are desperate for food and fuel, because most of the routes of supplies are being checked and blocked by security operatives in the Damaturu-Bayamari-Geidam-Gashua axis that linked the Sasawa Forest,” adding that the same attacks were launched two weeks ago in Fika and Ngalda.

The Yobe State Police Command also confirmed the incident, stating that there was an attack on Babangida town, where a police station was torched along with personal houses and other public buildings on Sunday.

“There were no casualties in the attacks, but the insurgents carted away some food items, livestock and fuel, and fled towards Bayamari, a border village with Niger Republic,” said the police source, who was not authorized to speak on the incident.