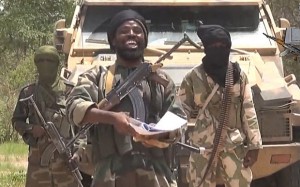 Nigeria’s military said it had made a number of arrests after intercepting a vehicle allegedly carrying fuel and drugs for Boko Haram Islamists waging a six-year-old insurgency in the northeast.

“Following, directives to troops in the northeast for a painstaking search of motorists and cargoes, troops of the 3 Division Nigerian army have intercepted and arrested some kingpins and foot soldiers of suppliers of Boko Haram terrorists with hard drugs and other stimulants,” the army said in a statement.

It said the seizure was made on Tuesday between the towns of Depchi and Geidam in Yobe state, a hotbed of the Boko Haram insurgency.

Besides drugs the suspects were also transporting fuel, the statement said, without saying how many people had been arrested.

The army claimed the alleged drugs find as proof the insurgents bloody quest to establish a hardline Islamic state in northeast Nigeria was a sham.

The use of drugs is prohibited in Islam, except for medicinal purposes.

Boko Haram’s insurgency has killed an estimated 15 000 people and displaced some 2.1 million others since 2009.