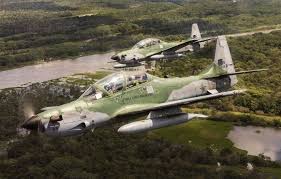 The Air Task Force (ATF) of Operation Lafiya Dole has inflicted heavy casualties on Boko Haram terrorists in their hideouts at Alagarno and Sambisa Forest area of Borno State, like reported by dailypost.ng.

This was confirmed by the Defence Headquarters on Friday. NAN reports that the Coordinator, Defence Media Operations, Maj.-Gen. John Enenche, in a statement on Friday, said that a compound housing some high-value Boko Haram leaders was also taken out.

Enenche said the compound located on 2.3km North East of Kafa in Damboa local government area of Borno and concealed under thick vegetation was being used by the terrorists to coordinate their nefarious activities.

He said the destruction of the locations was achieved through multiple air strikes executed on Jan. 6 when the Nigerian Air Force (NAF) fighter jets and attack helicopters to engage the target areas in day and night raids.

According to him, the terrorists were spotted under the dense vegetation of the locations and the NAF attack aircraft took turns in engaging the targets, neutralizing several of them.

“The Armed Forces of Nigeria will not relent until all enemies of the Nation are neutralised and normalcy is restored to all troubled zones,” he said.