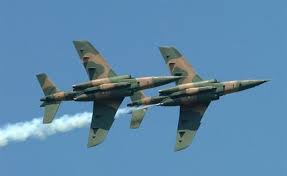 Nigerian air force carried out strikes on a hideout belonging to the Boko Haram militants, killing scores of them in the country’s restive northeast Borno state, an official said according to spa.gov.sa.

The strikes hit Boko Haram fighters at Kirta Wulgo on the fringes of Lake Chad in the state, said Ibikunle Daramola, spokesperson for the Nigerian Air Force (NAF), in a statement sent to media.

Daramola said the operation was executed by the Air Task Force (ATF) of Operation LAFIYA DOLE.
The air strike was conducted by the ATF after persistent Intelligence Surveillance and Reconnaissance (ISR) missions revealed that the settlement was being used as a staging area from where the terrorists launch attacks.