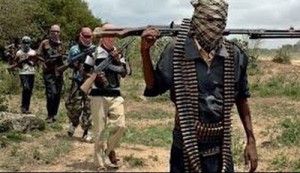 A member of the House of Representatives representing Hawul and Askira-Uba constituency of Borno state, Hon. Jubrin Satumari, on Tuesday confirmed a terrorist  attack on Dille and its surrounding villages in Askira-Uba local government area of the troubled Northeastern Nigeria state on Monday where  29 persons were killed.

Satumari, who spoke to journalists in Maiduguri on phone, said: “It was really a sad day for me to learn that there were renewed attacks in my constituency, some parts of Borno state and the north east in general by the barbaric acts of the insurgents. People are being killed in cold blood, churches, mosques, shops and residential houses were destroyed, it is very unfortunate. I pray God to grant eternal rest for the souls of those killed by insurgents and quick recovery for the injured ones”.

The member of parliament (MP), who lamented the attack  on Dille and its environs, described recent attacks on his hometown Dille as callous, barbaric and unjustifiable but however called on security agencies in the troubled state to step up surveillance and equally asked the people of the area to remain very vigilant about happenings in their areas and report any suspicious persons or movements to the nearest security point or jurisdiction.

“I am much worried over the spate of killings by suspected insurgents in my constituency. I have pleaded to security authorities, particularly military to deploy troops to most of the affected villages to safeguard my people’s lives and property, but all my cries failed on deaf ears as there are no security presence in my constituency yet, but I still want to assure my people that we are doing everything possible to see that military troops are deployed immediately”, Satumari said.